The month of April saw a modest tally of 9 salmon and 10 seatrout coming to hand at Kinkell; this brought the running total for the season to date up to 21 salmon and 28 seatrout. It is most unusual to find any seatrout at all during the months of March and April. However, they do provide a welcome addition to the catch before the main run arrives later in May usually.

The majority of the total was taken during the earlier part of the month when river levels and weather conditions were favourable. As the month progressed, the emphatic lack of rain combined with the Hydro Board’s usual retention of water and the farmers’ requirements to irrigate their crops brought water levels down to the very poor catching height of 0.45m at times. The fish would have had to catch a bus to progress upstream at this height, and fishing throughout the whole river was almost entirely absent.

During the earlier half of April, Gordon Mackenzie landed a 9lb fresh cock fish from the Machany, whilst Gary Weir met an 11lb fresh beauty in Tams. Amongst others Davie Dickson found another 7lb fish also in Tams whilst an 8lb fish was landed by Grant Millar in the March.

The latter half of the month saw impossible conditions prevail. Despite this, two fish of 7lb and 15lb were landed by fishing very late or very early. These came from Lower McDonalds and Upper McDonalds respectively. All these salmon and seatrout were taken on the fly.

We really need at least two substantial spates to achieve ideal conditions again. Although we have some light drizzle at present, we require proper rain to bring the water up to ideal height.

Meantime it is pleasing to observe that sizeable shoals of smolts are migrating downstream towards their marine existence and that the milder, softer days are encouraging fly life in the pools and that brown trout and grayling are showing in the streams at last. 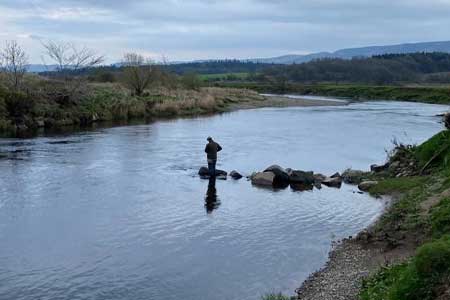 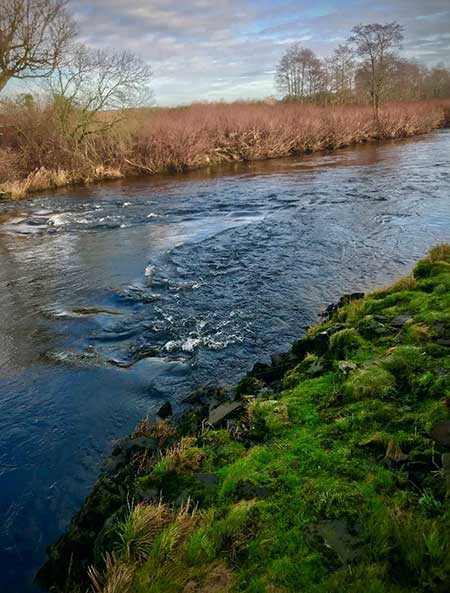