Looking back on the month of April there was a distinct lack of rain, a total 18.9 mm for the month, it had been this dry before, but not for many years. We started the month with a river height of 1.04m, by the 7th it was down to 0.8m, by the 14th 0.64m, the 21st 0.6m and by the 29th the final reading on the gauge was not quite 0.49m and it dropped a bit after that making for challenging conditions! There have been few fish about, but with a good pair of polarised glasses and the right light, you could spot them in the necks of the pools. On the whole, April proved to be a quiet month all over Scotland, with the Tay catching a few fish, but nothing worth writing home about.

We were put under a bit more pressure by the Hyro Board who were impounding water due to the lack of rain, which took about 3 inches away from us overnight on one occasion, and the irrigation of agricultural land upstream does not help either. However, this does not stop the migrants; throughout the month the usual winged creatures appeared. On the 6th April the Sand Martin and Osprey, by the 15th we had the swallows, and now the Curlews and Skylarks are down in the Murrays and the March area and very evident in the skies. The Red Squirrels have also now stopped their hibernation and can be seen hopping in the trees around the fishing hut and on the banks.

We quickly returned to winter by mid-April with nightly frosts, bright sunny days, but bitterly cold winds from the East which is no good for man nor beast, nor fish. We have had some exceptionally warm days in between just to show us something different, but in all, it has been an incredibly strange month with snow upon the hills again recently, which should melt and give us some much-needed water.

It has been great to finally see some different faces coming down to the river as lockdown restrictions have eased. We are really looking forward to the next influx of visitors as the river improves, and travel from further afield is allowed. On writing this report in the first week of May, the river has finally risen to its optimal height of 0.8 m and the fish are certainly starting to show. The recent rain has made all the difference and will hopefully make for some good fishing over the coming weeks! 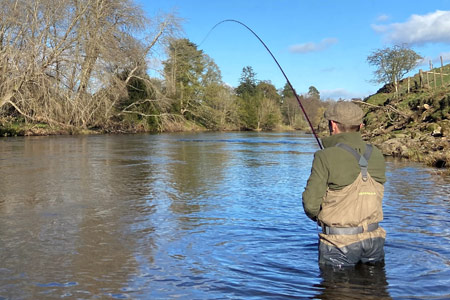 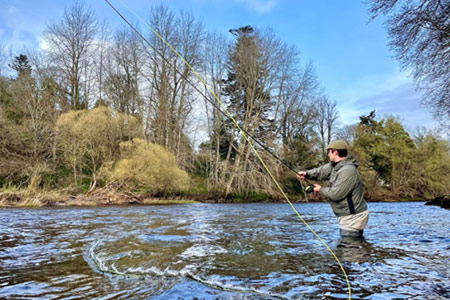 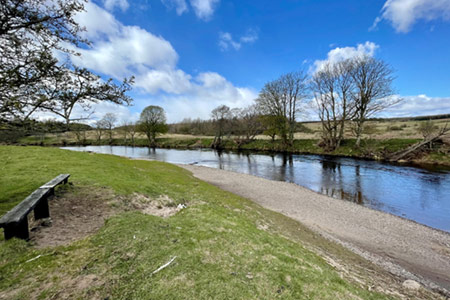