May started as April closed with low water levels down to 0.42m and very little prospect of migratory fish reaching us, consequently resulting in little excitement to report; up until the first of a series of small lifts on the 10th of May.

Thereafter, we started to meet with “schoolies”, sea-trout in the 2.5-3.5lb class. Further rises in the water level continued to provide us with a few more sea-trout and by the middle of the month a few fish at last. As we moved into the second part of May five fish came to hand. These ranged from 8lb to 15lb, were fresh with the majority bearing sea-lice. Tippeny, the Green Hut and Middle Murrays were the successful venues, but the prime spot was Lower Murrays with two. One was a perfect springer taken on Hop Shirley’s sunray shadow. All these fish were taken on the fly.

Conditions remained from that stage onwards, although not without some difficulties. Water height and colour were satisfactory with wind direction and cloud cover benign. Some fish were in the pools and some five fish were encountered over a six-day period. Regrettably our anglers had developed “dropsy” parting with all of these after a prolonged encounter. This was somewhat trying; however, the arrival of an Italian party seemed to change our fortune. In very quick order they landed two good sea-trout in the Murrays and a sparkling 8lb fish in the Machany (pictured).

Although these reports principally focus on success with migratory fish, there are occasions when encounters with brown trout and grayling also merit a mention. On Wednesday the 25th May, a day of gales and driving rain, a stylish practitioner of the art visited Kinkell to fish the dry fly. Finding it nigh impossible to operate on the unsheltered banks, he tried upstream of the Weir where the high South bank provides shelter. Success was not slow in coming and he was able to land some dozen or so sizeable brown trout and grayling, all in excess of 1.5lb with several of 2lb or over, topped by a specimen brown trout in excess of 5lb. A cracking day out for the angler.

If this article inspires you, please get in contact with the team to find out our latest availability. 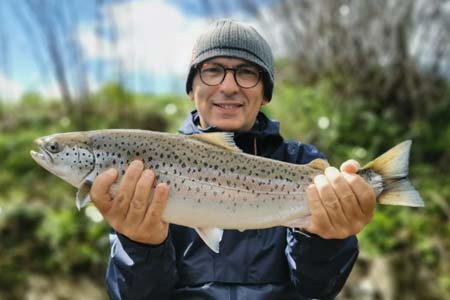 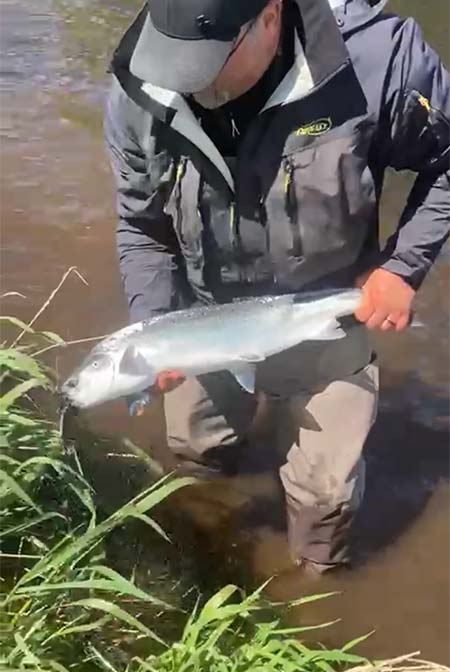